Last Christmas I went home to visit family and hometown friends, as many do during the holidays. My childhood friend, Quinton Ashley, went to New York University for Music Production and Computer Science Education… quite the combo! He asked if I wanted to try some headphones he recently purchased. I was curious to see what headphones a sound engineer uses. I put them on and the separation of the instrument was impressive, and clear positioning of each instrument around my head was something I had not experienced. Even more impressive, these mysterious headphones were cheaper than my then six-year-old Bose AE2 headphones… which, until that point, I always thought of as top-of-the-line™.

Fast forward to two weeks ago, and the entire Seattle area is under quarantine. I was burning out from the run-up to Microsoft’s annual developer conference, Build. Looking for some kind of pick-me-up, I ordered a pair of the Beyerdynamic DT770 Pro’s. Most consumer headphones and earbuds are rated for 15 to 30 Ω. At 250 Ω, The DT 770 Pro’s are best enjoyed with a dedicated amplifier. The increased impedance allows the drivers to respond more quickly to changes in frequency, at the expense of efficiency.

My first use of the headphones was with my living room amplifier, an old Yamaha HTR 6130. To my relief, the 770’s were just as good as I remembered! I used Michael Jackson’s Man in The Mirror and Tell Him by Celine Dion and Barbra Streisand to compare against the incumbent Bose cans. Those tracks in particular really exemplified the 770’s wider soundstage. Both songs crescendo into powerful final verses, and the 770’s immersed me far more than the Bose. To replicate the same immersion with the Bose I had to turn the volume up to 11®… which was more painful than immersive.

The headphones were great, but I was limited to a six-foot radius around my living room amplifier. I needed an amp at my desk to properly enjoy the cans at my computer. After some research I landed on the iFi Zen. The Zen is also has an integrated Digital-to-Analog Converter (DAC), referred to more succinctly as a “DAC/amp”. My computer outputs to the Zen via USB 3.0, the Zen handles the conversion, and the analog signal is sent over a normal 6.25mm TRD cable to the DT 770’s.

On high gain, the amp powers the headphones just swell. I can easily get away with low gain on louder tracks, or if I am simply listening at a lower volume. I was happily surprised to see that iFi published instructions to optimize Tidal for the Zen. The power indicator on the volume knob turns purple if the current track is MQA (Master Quality Authenticated). The visual feedback that the amplifier is being used exclusively by Tidal and responding accordingly is excellent feedback. The power indicator will change color depending on the current bitness and sampling frequency as well. 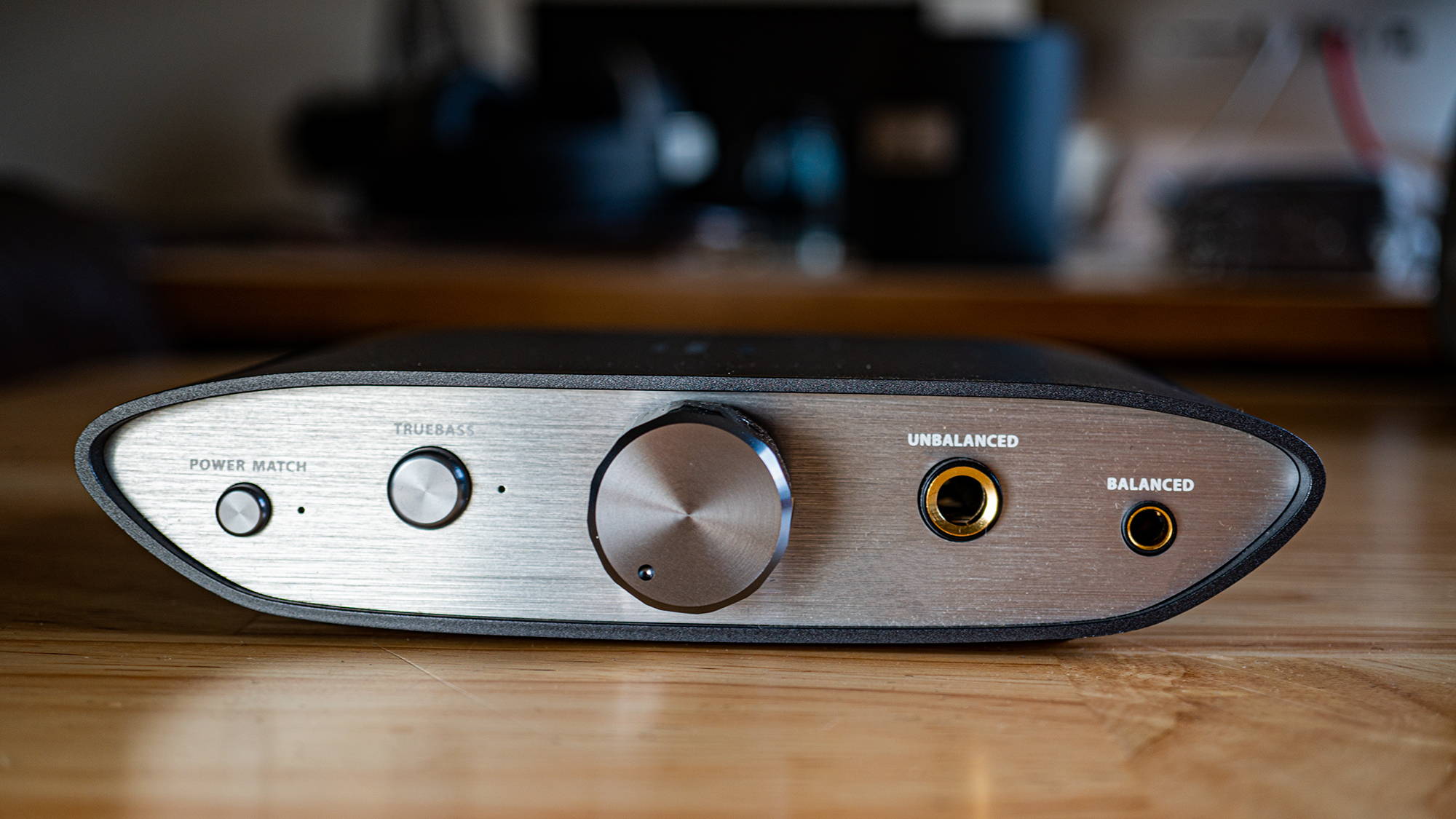 Overall I am happy with the DT 770 Pro’s. They are an excellent introductory-level Hi-Fi headset. However, I have noticed a distinct hiss (almost a crackle) at higher frequencies. The detail of the headphones makes the cracks more apparent. It could be caused by a downstream component as well, so I need to do more testing against the Bose to narrow down the cause. In any case, the headphones have a two-year warranty and I have yet to hear negative reviews of Beyer’s customer service. I am quick to forgive the crackle since these play Jackson’s catalogue so well.

The DT 770’s are available at lower impedance ratings as well, so you can skip the amplifier if you think that will be a hassle. Beyerdynamic also sells the DT 880 and DT 990 models, which are semi-open and open back respectively–also at varying impedance ratings.

The iFi Zen is simply a bargain, especially for someone new to Hi-Fi audio. You can buy this, be done, and be happy knowing that you got a good deal. But iFi took it one step further with the Zen, giving it an RCA out on the back, and 4.4mm balanced output on front and rear. If an owner later decides that he or she wants to add a tube amplifier to the mix, you can still use the Zen as the DAC and just circumvent the integrated amplifier. Finally, the 4.4mm output gives the owner the flexibility to use balanced headphones if that interests her.

You may also enjoy

Zero to Hero with App Service

A blog series from my team to help you go from zero to cloud hero.

How to spin up a Postgres Server on Azure, deploy a Spring Boot app to App Service, and connect the two together.